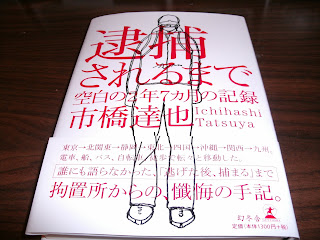 Have you heard the news about Ichihashi Tatsuya who raped and murdered his English teacher? Well if you haven't, it's all over the internet, so you can just search by his name. He is now in Jail and ready to be on trial. Recently, Tatsuya published a book with the help of Publishing house Gentosha about his journey after he refuge from his place. His book is called, " 逮捕されるまで 空白の2年７カ月の記録" translated as "2 Years and 7 Months Before My Arrest" or simply "Until the Arrest". Basically, he wanted to give this book to the victim's family as an expression of "contrition," sorrow for sin arising from fear of damnation. However, the family does not accept this book.

Anyways, I just want to share with everyone that I bought the book. I didn't buy it with the intention of following Tatsuya's action. I bought it because I was curious of how he survived and how he got away for 2 years and 7 months. In drama class, I learned that the most entertaining genre is violence, however this book has nothing to do with violence, but I just want to read it because I'm curious. I'm interested in books that tells a true story of someone's life. So I thought I should read this. BUT...it's in Japanese and I don't know Japanese. ㅎ..ㅎ I should've thought about this before buying it. Since I can't read it, I'll just keep it and learn Japanese until I can read and understand it, which that'd be like forever. Or ask someone who can read Japanese and translate it for me. Here are some inside previews of the book if you were curious (its in order). 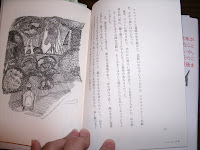 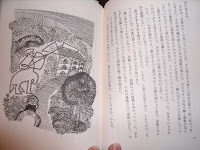 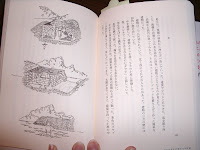 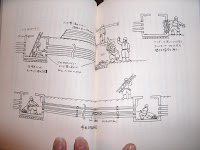 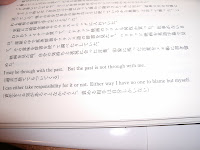 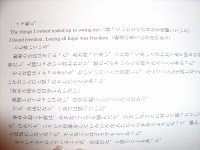 I liked how he said in the page, "The things I owned ended up owing me. I found freedom. Losing all hope was freedom." And what interested me was that after 2 years and 7 months when he was asked for his name at the train station and he finally uses his real name.

BTW, if you want to order the book, you can order it from gentosha.co.jp if you live in Japan or if you live outside of Japan you can order the book from Amazon Japan. I managed to order it on Amazon Japan because there is an English section. BUT the shipping is very expensive! I think I bought my copy of the book for $50? Yes, it's very expensive.

If you want to view the Japanese investigation about Ichihashi Tatsuya you can watch this YouTube video, but there's no subtitles. For the next part, click on the title in the video to take you to YouTube so that you can see the other parts.


This is the video of his pictures before and after his arrest. (He kind of look like Vanness Wu.)
http://www.youtube.com/watch?v=cwSDft1-V_8&feature=related

This video was in the elevator that caught him on tape (probably during his refuge).


And this video is MAD crazy reporters. Tatsuya coming out of the building with police.


*sigh* I feel sympathy for him (if I were to be in his shoes). And I wonder what happened to his parents or family.
작성자: Mai 시간: 오후 8:39